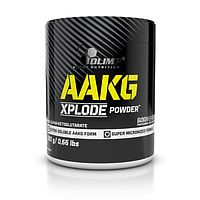 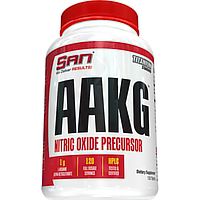 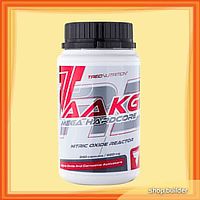 What it is and where it is coming from

Arginine alpha-ketoglutarate (AAKG) is a salt that is formed by the combination of the amino acid arginine and the alpha-ketoglutarate molecule. As AAKG plays a role in the synthesis of amino acids and protein breakdown, it is quite popular among athletes in hope of strength and muscle gains, despite the fact that there have been quite scarce scientific evidence so far, to support this belief.

AAKG was originally administered to patients with burns, after surgeries or other traumas, or to malnourished patients. Although its mechanism of action is not known exactly yet, AAKG treatments reduced catabolism and increased protein synthesis, and also supported the healing of wounds. AAKG also stimulates the production of anabolic hormones including insulin and GH, and revs up the metabolism of amino acids (glutamine and arginine). This might explain some of the medical findings.

Arginine is an essential amino acid and AAKG enables the body to use it more efficiently. This potent supplement can help improve circulation, as arginine is a precursor of NO, a substance which makes the arteries wider and keeps them flexible. As a result, more oxygen and nutrients can make it to the tissues. The glucose uptake of the muscle tissues improves, too, as well as the speed and strength of the muscles. AAKG enables both slow-twitch and fast-twitch muscle fibers perform better and recover faster. Better circulation might also affect sexual performance positively.

Arginine and ornithine are precursors of nitrogen oxide and polyamines. These metabolites take part in several metabolic processes. It was shown that AAKG supplements enhance GH and insulin secretion and have anabolic effects on patients who have undergone surgeries. Intermediate metabolites like glutamine or proline also work well in recovery after traumas.

In animal experiments, AAKG supplementation increased the amount of glutamine and arginine in the skeletal musculature and had a positive effect on the functioning of the immune system as well. These immune boosting properties might entail that AAKG helps the body recover faster after injuries or acute stress. AAKG supplements (15 grams a day for 5 months) also revved up the growth of children. As a result of AAKG supplementation, the levels of anabolic hormones (insulin, GH) and the amount of amino acid metabolites including IGF-1 (insulin-like growth factor), glutamine and glutamate rise.

In another study, which was conducted on healthy males, 10 grams of AAKG a day increased insulin secretion by 20-30%, which did not happen in the case of supplementing arginine or alpha-ketoglutarate alone.

In a more recent laboratory study, AAKG significantly increased the amount of human fibroblasts (cells similar to muscle cells). This effect was correlating with the dose: the higher the dose of AAKG (not arginine and alpha-ketoglutarate separately), the more remarkable the effect.

In another study, 14 patients were involved, (all of them had undergone some trauma), to examine the anti-catabolic properties of AAKG. The first group was given 20 grams of AAKG daily, which significantly increased protein synthesis as well as insulin, GH and free amino acid levels, compared to the second (placebo) group.

No recommended daily dose has been established so far. In the above experiment, weightlifters took 12 grams a day without any problems.

In an 8-week double blind experiment, weightlifters took 4 grams of AAKG a day in three portions, and no side effects were experienced. There were no significant changes in pulse, blood pressure or haemogram results. There were no negative changes in general health, mental freshness, libido or sleep either. Some sources state that people with herpes better not take arginine because it might stimulate the reproduction of the virus.

No potential interaction with other supplements or medicines have been revealed so far. 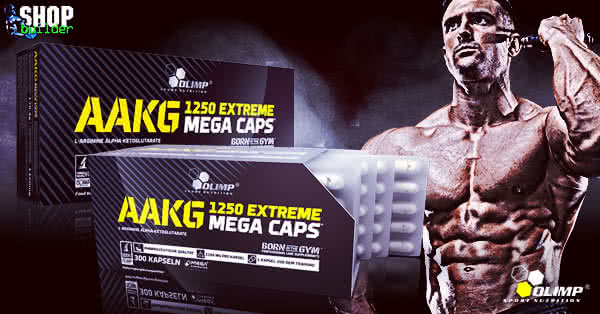