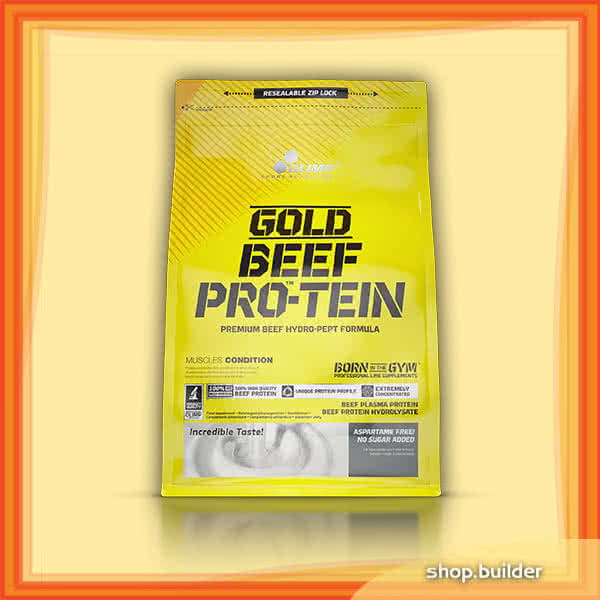 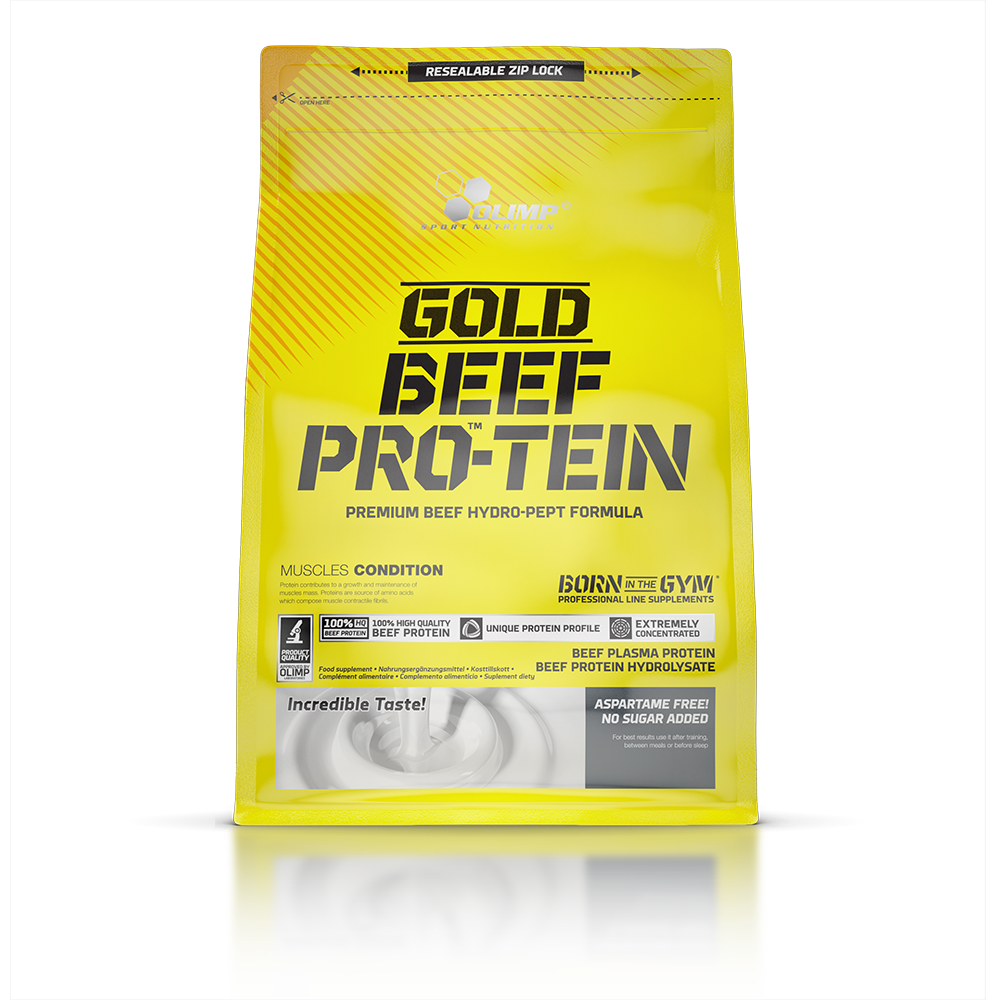 Ensuring the proper nutrition of physically active people becomes an increasingly challenging task for the manufacturers of dietary supplements. One of the reasons for this is the ever growing number of sport active people. As an increasing number of people are opting for a healthy and conscious diet there is increased difficulty when it comes to diagnosing food allergies or intolerances which may be associated with dairy products, such as whey protein fractions, which otherwise are a very valuable source of proteins.

GOLD BEEF-PRO™ - TEIN is a response, from the Olimp Labs® specialists in food supplementation for active people, to the issue of the diversification of the sources of proteins in the dietary plans of physically active people who face the challenge of adding top quality bovine protein concentrates to their diets.

GOLD BEEF-PRO™ - TEIN far exceeds the effects of the single-component bovine protein hydrolysates, which are so popular on the market. This premium product, enriched with proteins and bioactive peptides from bovine blood plasma exhibiting a broad spectrum anti-inflammatory action which, according to the following article and cited references, may significantly contribute to increased growth, quality, regeneration rate of muscle mass as well as better variables and volume of training.  Beef protein hydrolysate used in the production process in pharmaceutical conditions, owing to its prior enzymatic treatment, is a source of rapidly assimilable free amino acids and peptides of low molecular weight which are absorbed directly into the bloodstream within about 15 minutes of ingestion. It considerably reduces the risk of catabolic states in muscle cells when they are under stress from exercise or during a period of temporary malnutrition.

What is more, GOLD BEEF-PRO™ - TEIN is compliant with top standards for high protein products:

Additionally, GOLD BEEF-PRO™ - TEIN has a very high concentration of:

It has been proven that L-arginine improves the synthesis of growth factors (polyamines) involved in the tissue growth process and, as shown by clinical trials, it promotes protein synthesis in the body. Together with glycine and L-methionine, it is also involved in the synthesis of creatine. Scientific literature also reports that Arg plays a role in growth hormone secretion (clinical trials of healthy males; iii)