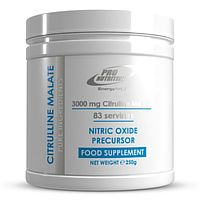 Remember that a few years ago, creatine was considered “the Godfather” of all safe and hormone-free performance boosters? Sure you do. Ever since it appeared in sport, many new products have appeared on the market of supplements that were labeled the next “blockbusters” of legal performance boosters. Just to mention a few: Boron, sarsaparilla root, pyruvate, ribose, metoxy-isoflavone and many other substances have been labeled as “the new creatine”, but it proved to be a far-fetched exaggeration every time. Only creatine could stir up the world of bodybuilding for real and come up to the expectations.

AND THEN, A NEW STAR WAS BORN.

Anticipated by rumors and guessing, a new product hit the floor. And it claims not less but the crown, exceeding our wildest dreams. Perfection itself, in the purest from possible. True, a new star was born on the sky of supplements. People started to talk about it. Comparisons started. Will it also hit the supplement market like a storm? Will it outlive the legends when it comes to “the proof of the pudding”? Judging by its properties, I’m pretty sure it will. I see a great potential in it. I see it as the next great breakthrough, which will redefine the limits of human performance. And this new “star” is called citrulline malate. You better keep the name in mind, because it is likely to become the “Lebron James” of supplements.

The bottom line is: if you wish to take your performance to new levels, all you need to do is devour a hearty portion of apples and watermelon. I’m not joking! Alright, maybe a little bit. But it is not that far from the truth. Listen!

Citrulline malate is a compound that contains citrulline. Citrulline is a non-essential amino acid which can be mostly found in watermelon, malt or apples. Of course you would have to eat a whole lot of watermelon and apples to get enough citrulline (not mentioning malt). But this is not the point. European scientists have used citrulline malate in their experiments with great success: the results included increased energy levels and improved well-being in general.

HOW DOES IT WORK?

Although citrulline is not an essential amino acid, it cannot be found in our everyday food in large quantities. Still it is vital for several biological processes.

We, as athletes, are primarily interested in the nitric oxide regulatory properties of citrulline malate. I am also mentioning it in the first place because NO-boosters have recently appeared on the market of supplements (editor’s note: this article was not written today or yesterday). These supplements basically contain L-arginine and/or other arginine salts, all of which have proven to be the most effective for enhancing NO production. In the world of science it is a well known fact that L-arginine is essential for NO production and for catalyzing other metabolic reactions as well, including insulin production, creatine synthesis or other endocrine processes.3

So, what is NO and why is it good for you? Nitric oxide is a molecule that plays a role in the communication of the cells. It impacts blood circulation, oxygen transport, glucose uptake, muscle strength and muscle mass gains. These obviously make it extremely important for every athlete.

Sadly, the currently available NO-boosters do not contain any citrulline malate. (Editor’s note: at the time the article was written). Most of the benefits of citrulline malate are due to the fact that it increases the arginine levels of the blood plasma.4 Moreover, it does it more efficiently than taking arginine itself.5 Yes, you have read it right!

Even there is a study that supports this: taking citrulline increases arginine levels much more efficiently than taking arginine in the same dose. However, you should not forget that NO-boosting is just one of the many useful properties of citrulline malate. But even if you only use NO-boosters for more intense pumps and more efficient nutrient transport, citrulline malate is worth a try.

Another “pro” for citrulline malate! It is an intermediate in the urea cycle. The urea cycle takes place in the liver. During this process, nitrogen by-products are broken down with the help of various transport molecules and enzymes, and then they get purged with urine. The formation and elimination of urea are vital for the elimination of ammonia and toxic nitrogen derivatives. Ammonia is highly toxic for any cell; it can even be fatal if its concentration exceeds a certain limit in the body. Even in healthy athletes, the accumulation of ammonia causes severe fatigue and other symptoms6 including reduced glycogen production or blocked energy cycles of the cells. And this is what every smart athlete wants to avoid.

Unfortunately, any kind of exercise, aerobic or anaerobic, releases tons of ammonia.7 Plus, ammonia is also produced during protein digestion. The higher the ammonia levels of the blood, the poorer the sports performance8. But citrulline malate helps your body get rid of the harmful by-products that emerge during protein metabolism. Researchers also suspect that citrulline malate can diminish the burning sense in the muscles caused by the accumulation of lactic acid, and it neutralizes the negative effects of ammonia and bacterial endotoxins. Demonstrations have shown that citrulline malate is also effective against acidosis or ammonia poisoning.12 The metabolic processes of citrulline malate clearly explain its anti-fatigue properties and are promising regarding its performance boosting properties as well.

3 Increases the regeneration of ATP and phosphocreatine

No doubt about it: we have a reason to be enthusiastic when it comes to the performance-boosting potential of citrulline malate. A new study has in fact revealed further benefits: it also supports energy production during aerobic workout.9 In the group that used citrulline malate, increased ATP (adenosine triphosphate, the main energy source of the cells) synthesis was observed during exercising, as well as improved phosphocreatine regeneration after workout. This means: if you take citrulline malate, you can endure longer and longer... ...and forget about the aerobic threshold! This effect is most likely due to the malate compound that takes part in the Krebs cycle.

The Krebs cycle includes the role of amino acids in the ATP synthesis from sugars and fats as well as the role of mitochondria (the energy centers of the cells). The Krebs cycle takes place in the mitochondria, where sugars and fats get burned, accompanied by several amino acids that function as “conveyor belts”. If ATP synthesis is blocked, you won’t be able to keep on intense workout, as fatigue will beat you.

Getting back to malate: it looks like it acts synergically with citrulline, which means, it is more effective in this form than in itself.10 While citrulline acts as an NO-booster and prevents the accumulation of toxic metabolic by-products, malate regulates the circle of lactic acid and pyruvate, and it also takes its part in the Krebs cycle, providing instant and permanent energy supply.

AND WHAT DOES IT MEAN FOR A SIMPLE ATHLETE?

The message is as follows: Again it seems we have reached a breakthrough on the market of nutritional supplements. A breakthrough that promises new dimensions of performance for athletes and fitness fanatics. A breakthrough that could be the next “blockbuster” after creatine. Citrulline malate apparently provides such an amount of extra energy to your muscles that it can ensure longer and more intense workout as well as faster recovery. Even at the end of your workout, you will be able to work on the same intensity level as when you started. Think about it: all the walls before you will tumble down and you can reach new peaks through more intense workout! Taking the performance boosting properties of citrulline malate into consideration, this has become a realistic outlook by today.

Let me highlight it again: even at the end of your workout, you will be able to work on the same intensity level as you did when you started!