Please log in to rate this article! Log in/Registration
What you can achieve by taking it
Overview

Coconut oil is a type of cooking oil, originally an integral part of the Asian culinary traditions. It is mainly used for baking and cooking. It can be extracted from the flesh of dried (or not dried, depending on the processing method) coconut - the fruit of coconut palm. However, it is also used for non-gastronomic purposes, sources of different quality are used for medical and industrial purposes, too. As it has significant saturated fatty acid content (containing more saturated fatty acid than lard), it is completely resistant to becoming rancid, and under simple room conditions, it can be stored for up to two years without its quality deteriorating. Most of the fatty acids of coconut oil are lauric acid, which increases HDL, LDL and the cholesterol level of blood; however, the increase in the HDL cholesterol level is stronger, and it ultimately leads to the decrease of the LDL cholesterol level. Consequently, the consumption of coconut oil reduces the risk of cardiovascular diseases, so the extremely high saturated fatty acid content can be misleading for the first time. In addition, it is particularly rich in MCTs (medium-chain triglycerides) which can be used as fast energy sources – similarly to carbohydrates –, but provide twice as much energy in the form of ketones without being able to be stored as body fat.

You can find virgin, refined and hydrogenated coconut oil on the shelves of the stores; however, the latter should be avoided – just like any other source of fat that is treated by this process.

Virgin coconut oil is always made from fresh coconut flesh, coconut milk or coconut residue. In case the raw material is flesh, pure and completely organic fat is extracted after a gentle, chemical-free purification process; however, from coconut milk, the oil is extracted after 36-48 hours of fermentation. The features of virgin coconut oil are: strong coconut flavor and smell, yellowish color, and an overall rough texture. The so-called RBD (refined, bleached, deodorized) oil is produced from virgin coconut oil, and it is a filtered, clean, completely colorless and odorless oil. Its quality is weaker in the sense that phytonutrients in virgin fat are destroyed during the purification process, but the quality of the oil, its fatty acid profile and its overall physiological effect are basically identical to those of virgin coconut oil. Basically, this is non-hydrogenated fat. The main advantage lies mainly in the fact that nor the taste, neither the smell of coconut is felt in the food, as this oil has completely neutral taste and color: when solid, it is white as lard, but it is crystal clear and transparent when molten. In case of RDB coconut oil, there is no need to count on the "delicacies" of nature that may blend with the oil during harvest or processing, since the refining process will make the product placed on the shelves of stores free of any zoogenic „end products” (feces and remains of insects and bugs).

Coconut oil can perfectly fit into an athlete's diet, it is an excellent fast energy source. It can completely substitute for all other dietary fats used for baking or cooking. Nonetheless, it also fits into the diet of those leading an average lifestyle, or those who pay more attention to their health.

As a cooking fat, the amount of fat required for preparing your food can be entirely obtained from coconut oil. It can be used instead of any cooking oil in the same amount, as needed.

Some health organizations, including the World Health Organization (WHO), fiercely attack coconut oil because of its saturated fatty acid content of 91%. Nevertheless, as it is clear from the above written, the physiological effects of coconut oil are much more favorable than other dietary fats and oils (mainly used in the food industry), so the warnings to avoid coconut oil are far from being grounded. At the same time, the consumption of hydrogenated coconut oil should be avoided, as this also contains trans fatty acids especially harmful to health!

Not known. However, excessive consumption (like that of any other cooking fat) should be avoided. Can you guess the one thing that no bodybuilder can fix about themselves? Let us give you a hint: genetics. You better get used to the idea....
Top 10 muscle building moves “What’s this bullshit” you might think to yourself: “Food is the alpha and omega of muscle gain.” And you would be right. We have told you s...
The secret of the 130-cm chest 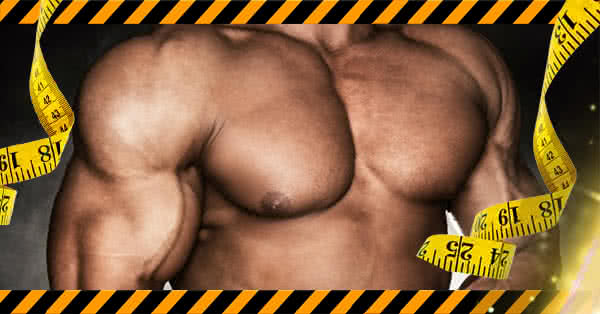 _In the following article, Jerry Brainum tells you how to build a 130-centimeter (52-inch) chest. He will share with you what did those guys...
Curl-up vs. Sit-up: which one is better?

Thousands of people do sit-ups by the hundred, hoping to get six-packs. This article will show you which muscles you actually use for sit-up...
“Blitzkrieg” for Your Arms: a Quick and Intense Routine “Blitzkrieg” for Your Arms: a Quick and Intense Routine. Is this what you are looking for? No fancy stuff? Then you should give this routine...
A bootcamp for the calves Having lower legs without calf muscles sucks. I know it by experience. True, you can live with it. You won’t feel the absence of spectacular...
Train like Navy SEALs!

Navy SEALs are really tough guys. They have to hold on in all kinds on different circumstances. And they have to maintain a constant state o...
What lags behind is your chest? Work some extra, that’s the best! 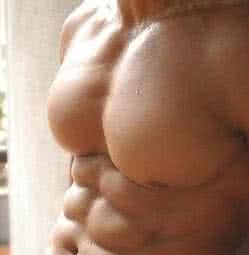 Okay, that must have hurt. Don’t be nervous, rhymes are over. Pectoralis muscles are the most problematic muscles for many. But problems are...