It is an eternal problem, especially during the bulking phase: not only you have to put up with more or less fat gains, here comes this bloating, too. At times like this, most people start looking for scapegoats. And, most of the time, they put creatine monohydrate to the wall of shame. Because it’s creatine that makes you bloated, right? Does it really?

You get up and mix your dextrose and creatine with water. You chug it down and have a protein shake a bit later. All for proper absorption and insulin reaction! 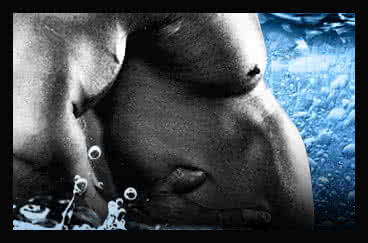 The day goes by. One chicken-and-rice meal comes after the other. And one dextrose-and-creatine shake comes after the other. After all, you are in the loading phase, aren’t you? So you have a dextrose-and-creatine shake with protein after workout, and many others without protein during the day. After your evening shake, you might not feel like having another one of these. Still you choke them down like a machine. You might even add a little more creatine to your shake. More is better than less, right?

Weeks go by. Kilos keep coming. Wow! You get stronger, too. Dude, this works! “But what happened to my definition?” you might ask yourself. Your socks will leave marks round your ankles. Just like a pregnant lady! “This creatine is good stuff. If only it didn’t make me so bloated! Next time I try a professional hyper-super creatine product which won’t cause water retention!”

Let’s start from the end. “Next time I will use a high-tech creatine product which won’t cause water retention.” I won’t need to take so much sugar with it, so it won’t make me so bloated.

Anything suspicious about this conclusion?

Let’s see. Next cycle, now with a designer creatine product. You split up your daily amount into several smaller portions, as it is written in the “Big Book of Bodybuilding”. You take it before meals that contain carbs, because insulin reaction will still boost absorption, even though you don’t need to take it with sugar. Great. No loading phase required, the information label says. You are on the moderate maintenance doses from the first day on.

Hmm... Not such a big blast as before. Still, three weeks have passed, and it feels basically the same as it would after a loading phase. You have achieved the same results, only in a slower and more balanced way. But wait! Where is all that extra water? You get stronger. Though in a less spectacular manner, you are gaining mass, too. But at least you are not bloated. Not so bad, eh? 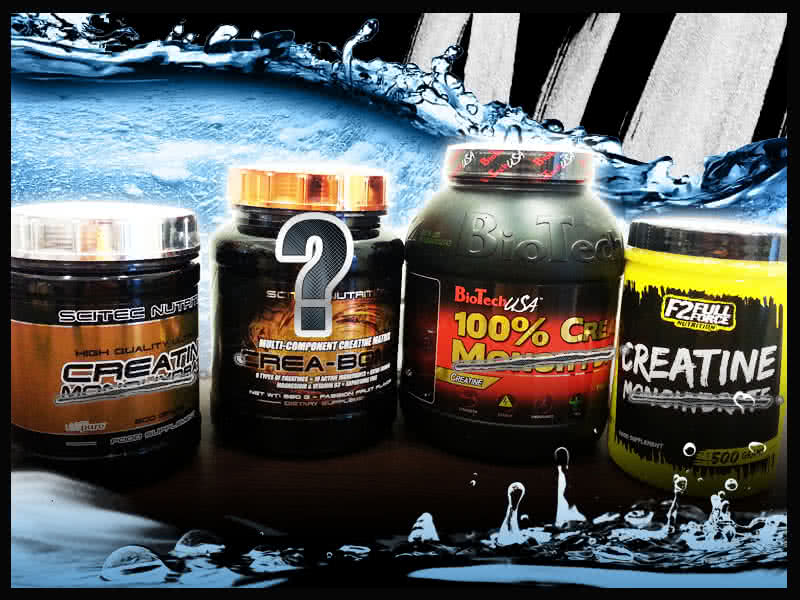 There are two really old school pieces in here... :)

“See? It was because of the creatine monohydrate! Hail for designer creatine products!”

You are starting to get it by now, aren’t you? But let me tell a third story. You wake up in the morning. You take your creatine monohydrate before your first meal that will contain carbs. The day goes by. One chicken-and-rice meal comes after the other. You take monohydrate in 5-gram portions before each meal and you add one to your post-workout shake, which will also contain some carbs and protein. You don’t eat junk and make sure you only consume sugar after workout. The result?

It is the sugar, NOT the creatine that makes you bloated!

Now what? What was the biggest mistake? Was it really creatine monohydrate that caused all the trouble? Or was it rather all that dextrose, maybe even several hundred grams a day, in the evening, too, even on rest days? (Just in case any of you didn’t understand: you can eat sugar after workout, even if your workout ends in the evening).

Just in case any of you didn’t know: each gram of sugar binds 4 grams of water (it is an osmotically active agent). This means, if you consume 100 grams of sugar a day (and let’s face it: if you use this creatine-and-dextrose method, you might easily ingest even more), that will bind 400 grams i.e. almost a pound of extra water. Yes, we know, this is written in the “Big Book of Bodybuilding”. And still we keep saying to all of you for years that you should only have sugar after workout!

True: creatine draws water into the muscle cells, which makes them more hydrated. As a result, they become stronger and larger, of course. This is one of the many effects of creatine. But let me ask a question: if creatine “doesn’t make you bloated”, does that mean it doesn’t hydrate your muscle cells? Hell no! If it didn’t, you wouldn’t feel anything above the energizing effect. 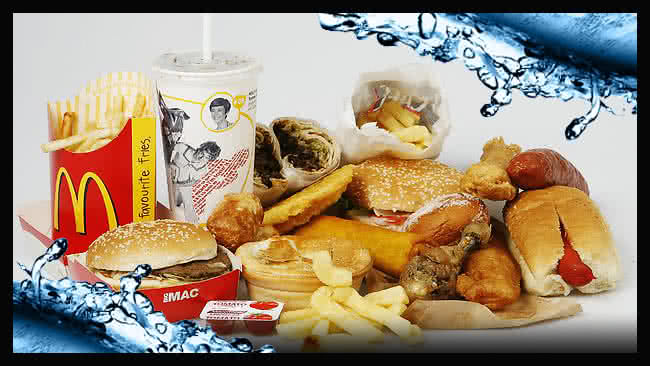 You may take too much creatine, which will cause water retention. There is such an amount. But that won’t make it more effective. On the contrary: if you are out of luck, you might as well get a diarrhea beside bloating. So, it makes absolutely no sense to take more creatine monohydrate than the recommended dosage.

Plus, if you are too enthusiastic about bulking and eat junk all the time (you need those calories after all, don’t you?), don’t be surprised that you look like shit. It would be quite unfair to blame it all on the creatine.

Yes, we know, it is a good excuse. Or, many guys survive on sandwiches while taking creatine, as if it was some “instant muscle”.

So, before you would condemn the good old creatine monohydrate to death, one of the most researched types of creatine, of which effects are proven by multiple scientific evidence, unlike trendy “high-tech” and “pioneering” formulas, you should ask yourself the following question:

How did you use creatine when it “made” you bloated?

If your answer to any of these questions is “Yes”, then take a box of this poor-poor creatine monohydrate in your hands and tell it you are sorry for blaming it unjustly while it was only doing its job.

And next time you are doing a creatine cycle, don’t load it with a ton of unnecessary sugar. You should rather eat properly and make sure you use the right timing.

Shop.Builder monthly most popular articles
Protect your joints – here's how!

WHEN IT COMES TO SUPPLEMENTATION, THE FIRST THING COMES TO EVERYBODY'S MIND IS PROTEIN POWDER, BECAUSE PROTEIN IS THE NUMBER ONE THING OUR M...
Lee Haney back workout

Many bodybuilding articles begin with a detailed analysis of the anatomical and kinesiological relations of muscles, just to sound as scient...