You would not even guess how important the positive phase of exercises is. You are reading an article about an untapped area. 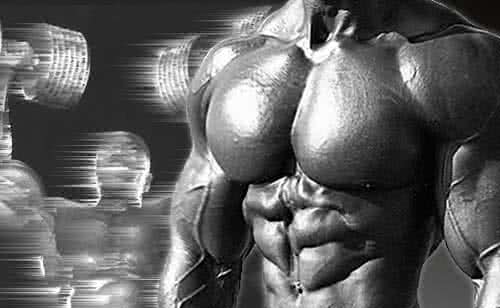 We've talked a lot about the speed of moving weights here in the columns of Shop.Builder, but 99% of cases were about the negative phase of exercises because this causes most of the micro-injuries in muscle fibers, and strangely enough, most people forget the importance of it.

Okay, but what about the positive phase of exercises? Just like in the case of the negative phase, many people perform this phase of exercises without thinking, even if this is a mistake. A mistake that hinders development. In order not to confuse people, let's take a look at the phases of an exercise, and how to go through them.

Of course, this is not true of all exercises, and you do not have to train like this all the time, but you need to strive to do weightlifting exercises like this most of the time (slow negative, explosive positive). Common mistakes (from the most serious to the apologetic ones - ed.):

You can see that the second biggest mistake is that the positive phase is not dynamic enough. But (in a simplified way) muscle grows because of the burden/load. Smooth seas do not make skillful sailors, they say. And it's true: the more load the muscle gets, the bigger it will grow after it has regenerated.

How can we increase the load? In many ways:

We would take a bet on the fact that while the first two were evident, you were surprised by the third. However, it’s logical: load = the weight you move and the speed by you move it. So, if you perform the positive phase faster, your muscles will get more load, and they will grow faster.

This strategy works even if you perform the same exercise with smaller weights, next to the faster positive phase.

Of course, you do not have to go crazy and push the weights so dynamic that there is a risk that the rod or dumbbell will fall out of your hand, because you have pulled it so strongly that your shoulders got wrenched - this is the other end. It's enough to think about the positive phase differently from now on, and not doing it without thinking, as most people do.

The technique in practice

Take a weight to make 10-12 repetitions and perform the positive phase more dynamic than usual. You do it well if an outsider would not recognize (mostly from the 6th, 7th repetition) that you are performing the exercise faster. The weight is good when it's not easy to work with it (thus, it is not good if you can do the reps swiftly). You can raise the stakes if you perform the negative phase slowly.

So, if you want to develop better than ever, do not just concentrate on moving bigger weights; try to speed up the positive phase of workout routines.

Can you guess the one thing that no bodybuilder can fix about themselves? Let us give you a hint: genetics. You better get used to the idea....
Informations