This word has become very trendy nowadays. Have you noticed it, too? Like something that “cannot be changed”. “Unfortunately, I cannot do anything about it...” “Well, that’s that...” In the past, we used to call it “tendency” or “disposition”. These words may imply a less determined or unchangeable state than the word “genetics”.

“I have inherited it”

Blaming genetics is usually just a means to fend off a problem or explain one’s weakness. “My parents, too...”, they say. And there are “skinny” families, and “fat” families. The genetic resemblance seems obvious. However, what we inherit in our families is not just bodily disposition or genotype, but a set of values, beliefs, example, lifestyle, bad habits or non-productive coping strategies (“scripts”) as well. Obesity, unhealthy lifestyle, huge family feasts or avoiding sports are more of the latter kind, not predetermined bodily traits.

I inherited my complexion from my father: my eyes and hair are of light color; my skin is white, sensitive and prone to freckles; I also inherited the type of my connective tissues from him. That’s why I have stretch marks. Still my skin is tanned and shiny now. And my stretch marks are hardly visible. 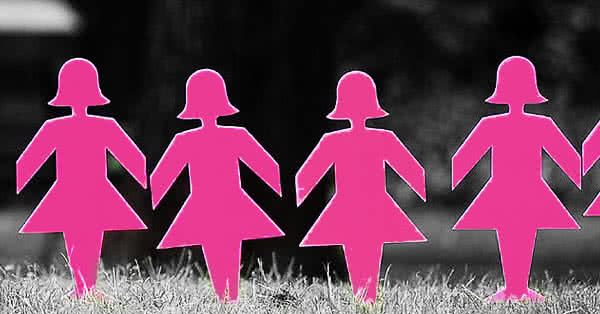 I inherited the shape of my calves from my mother. Yes. It’s genetics that I have calves, and they are quite responsive to workout. Their shape, which is squared, is also genetically determined. They will never be round. I might have overtrained them as well. They are much bigger than my “genetic” calves; they only show a faint resemblance to those of my mother. I have also inherited hyperthyroidism. Or myopia. Or kidney stones. But I don’t have varicose veins, even though I have a tendency.

You can always find excuses...

Let’s take an average person on the beach, above 30, for example. Apart from genetics, even after a brief glimpse you can guess pretty accurately, whether they feed on fast food, pizza and ice tea; whether they have ever done sports seriously or whether they exercise more or less intensely at present. So, I see no point in blaming genetics all the time, just because some people don’t want to take diet and exercising seriously. There are not so many endomorphic, apple-shaped or slow-digesting people as you might think. There are poor eating habits; sedentary work; laziness; excuses and cravings. People with totally different genetics are all trapped in their wrong and stubborn habits. It shows clearly for some; for others, it is less visible. It shows immediately for some; for others, it shows in say, seven years time. 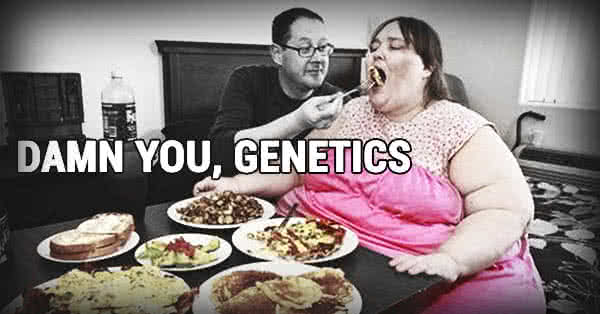 Wrong eating habits or decades of inactivity can easily lead to bodily characteristics that can be mistaken for genetic traits. Diabetes and its precursor i.e. insulin resistance; leptin issues; metabolic rate; chilliness or fatigue are examples for this. Just like joint pain, back problems, poor stamina or decreased bone density.

Genetics are a multiplicator. They multiply a status that is made up by factors like lifestyle, consciousness and age. For some, it is 0.8. For others it may be 1.5. But definitely not 0, nor 2.

It would make sense to talk about genetics, if, say, we took 2 fitness competitors who are on the same diet, same calories, same starting muscle-fat ratio; they are doing the same routine for the same time etc., still one of them gets extreme lean and toned, while the other makes a less spectacular progress. Or, say, if someone wants bicepses like Arnold’s. He trains and bulks like the Terminator; he tries each “peaked biceps” exercise, still his bicepses will not become peaked. Or, when he finds that he has a dense six-pack, while Arnold had four large abs. 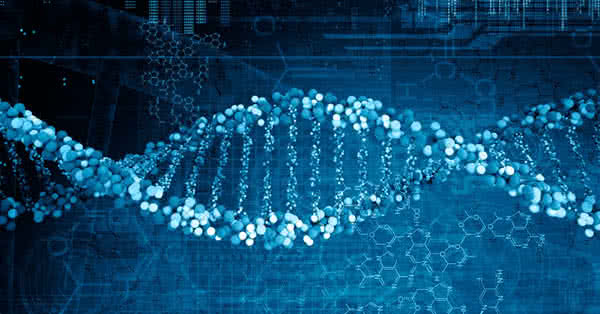 To blame genetics is like shrugging your shoulders. Even the best genetic advantages or the fastest metabolic rate can be spoiled with little everyday sins and negligence; and then, it doesn’t matter any more. We all train and diet against our genetics and the harmful factors of our lifestyles; to become better; to achieve our best possible shape. It makes no sense to find an explanation for failure until you have done serious efforts. Even role models can set you back: it’s pointless to set yourself a goal other than achieving your best possible shape, and compare yourself to others instead. Because this carries an inherent risk of disappointment: most likely, you will not become exactly like someone else. And then you might get depressed and look for answers.

Arnold’s success in bodybuilding, the movie industry, politics and business speaks for itself. Below you can read 12 rules for success, which could be useful fo...