Last year's Mr. Olympia winner, Shawn Rhoden was signed by Olimp Sport Nutrition supplement company (their products are available on Shop.Builder) in March, but their relationship didn't last long, to say the least.

The champion was accused of sexual assault this year by a woman, and therefore he could not defend his title at Mr. Olympia 2019.

Evolutionofbodybuilding.net has reported that Flexatron's main supplement sponsor has cut ties with Shawn. 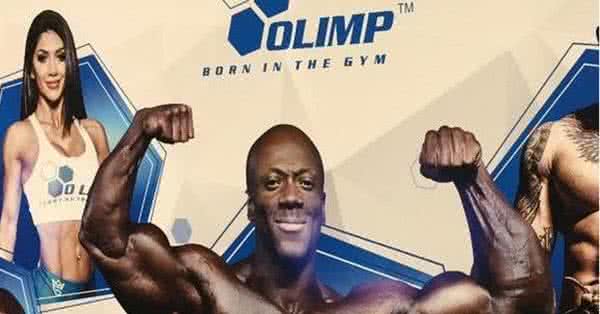 Although the supplement giant did not officially comment on the decision, it is safe to assume that both Rhoden's inactivity and his scandal played a role in it.

The report seems to be true as we could not find any picture on Olimp's website of Shawn and there is no mention of the company on his official Instagram page either.

As of writing this article, Mr. Shawn is still banned from competing but that can change pretty quickly as he is still innocent until proven guilty.

It's also worth to mention that MHP had a similar case with Victor Martinez as he was in prison for an immigration violation in 2011. The supplement company (yes, they are also available on Builder) sponsored Martinez again once he was no longer locked behind the bars.

So Olimp may re-sign Rhoden in the near future.

What do you think, will we ever see the 44-year-old Rhoden on stage ever again?

Most popular this month
New Products on Shop.Builder

Thousands of people do sit-ups by the hundred, hoping to get six-packs. This article will show you which muscles you actually use for sit-up...
High rep workouts – full plan

Some high rep workout routines were published in the past few weeks. We did our best to compile a routine for each of the major muscle group...
5 best foods for building muscle

There are hundreds of different foods that can help build muscle. But what if you had to choose the 5 best foods for building muscle? We di...
Phil Heath Mr. Olympia workout and meal plan

Phil Heath won the Mr. Olympia in 2011, defeating his former mentor Jay Cutler. But what kind of dietary and training regimen did the youn...
Straight Sets vs. Pyramid

An eternal question many want to know the answer to: is the straight set or the pyramid pattern a more effective training method? Let’s see ...
Vitamin D

What you can achieve by taking it * Healthy bones Vitamin D is essential to increase and maintain the mineral content of the bones. * ...
Your Age in Gym Years

There are many types of people in the gym, from newbies to veterans. Below is a list of a few types, based on their “gym age”. Where do you ...