Ginseng is an adaptogen vegetable substance known worldwide for its immune- and brain-boosting, heart-friendly and anti-stress properties. Herb dealers refer to it as a “normalizer” or “booster” and say that it will be used automatically by the part of the body where it is needed the most. 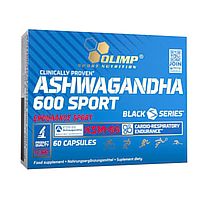 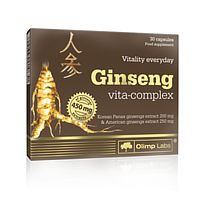 Ginseng is one of the most researched performance-boosting vegetable substances in human medicine. Most people don’t know that this family (the Araliaceae family) includes several species and they are not equally potent. The name ginseng usually refers to panax ginseng, also known as Chinese or Korean ginseng. The root of the plant is used for medical purposes.

Why athletes use ginseng

Ginseng is mostly used by people who experience fatigue, burnout, overload or stress in their lives, and opt for this way of enhancing their mood and protecting their bodies and brains. It can be a powerful weapon for athletes, against physical and mental fatigue.

Based on studies, panax ginseng may be useful in the treatment of the following symptoms:

Ginseng is a famous herb from China: it has been used here for 7000 years now and it is called panax, which means something like “a remedy for everything”. This plant is a symbol of health, strength and longevity for many. It is called an adaptogen, which means it can help the body adapt to whichever impacts it is exposed to. This way, it can be adapted to anybody’s specific needs.

Since ginseng enhances oxygen uptake, revs up circulation and balances the blood sugar regulation system of the body (which will boost energy levels), it can be helpful for many, in improving physical and mental performance, especially in the case of intense workout. Fun fact: when used in normal amounts, ginseng can boost your energy levels, while in higher doses, it usually has the opposite effect: it acts as a tranquilizer.

As a “universal remedy”, ginseng has quite a long list of benefits. First of all, ginseng supports the immune system. Studies have shown that the long-term use of ginseng may prevent the weakening of the immune system, which is considered a natural concomitant of aging; plus, it can protect you against infectious diseases by enabling your body to fight off free radicals and reducing the harmful effects of stress.

Second, ginseng can also help you combat cancer. Researchers have found that it can set back the growth of existing tumors by reducing the harmful effects of stress, stimulating the immune system and protecting against free radicals. Based on studies we can say that it can also protect against the damages caused by radiation, and not only by supporting recovery in general, but also by healing the damaged organs directly.

By reducing total cholesterol and raising “good” cholesterol (HDL) levels, ginseng has a positive impact on the heart as well. Furthermore, at hospitals in China, it is also used for restoring blood pressure and heart function after stressful traumas like a heart attack.

The next category is the positive impact of ginseng on mental functions. Ginseng is considered to have a direct impact on brain functions. Studies have found that by supporting the immune system and the central nervous system, it can delay mental and physical fatigue.

And, last but not least, ginseng increases the stress resistance of the body by preserving the balance of natural “stress hormones”. It is proven by studies worldwide that ginseng helps you combat extreme physical and mental stress.

As ginseng is becoming more and more popular, the list of its positive effects is getting longer, too. Currently there are studies in progress examining whether ginseng has an impact on sexual drive or whether it can diminish the unpleasant symptoms of menopause.

Although most athletes take ginseng to enhance their endurance or rev up recovery after injuries, it is also alleged to have a positive impact on anabolic (muscle building) hormones. However, recent studies have shown that this is not correct. Eight male university students were given water or ginseng after workout. Blood samples were taken right after workout and at 4 more times. Scientists haven’t found any significant differences in human growth hormone, testosterone, cortisol or IGF-1 levels between the ginseng and the control group.

Nowadays our bodies are exposed to a lot of stress including toxic substances, poor diet or other dangers. So, what we need is something that will keep us in balance and make us stress resistant. One thing is for sure: now, with the rising trend of improving health and performance through nutrition, we will surely hear a lot about herbs including ginseng.

Ginseng is sold in capsule format. The recommended amount of ginseng extract is 250 to 500 mg a day. Although the necessary amount of raw plant often depend on the age of the plant or the purpose of use, generally, 1/8 ounce (3.5 grams) of raw root with about 6 dl of water is a standard amount. Just add the root to the water and boil until the amount drops to 2 deciliters. Cool it down and drink this portion once a day. Consuming ginseng in soup is another traditional way of consumption in China. Just add 1 gram of dried root to one portion of soup. (Any kind of soup will do.) Or, you can eat the root itself, too: cut the root into 1-cm wide pieces and eat 1-2 pieces a day.

Since ginseng is becoming more and more popular, today it can be found in chewing gum, candy, tea or even beverages. However, most of these contain only negligible amounts of ginseng, so they have little or no effect.

Herb dealers say, quality matters much more than quantity. Korean red ginseng is of the best quality, because it is controlled by the Korean government (which is unprecedented worldwide).

The potency of the root can be measured by its ginsenoside content. Ginseng of the best quality contains about 4-7% ginsenoside. For an average person, the simplest way of finding a quality product is buying a whole root. More expensive is often more potent, so you need to consume less to achieve the desired results.

Since ginseng can help restore blood sugar levels, consult your physician if you are diabetic, especially if you use insulin.

Not recommended during pregnancy and lactation.

Chinese doctors advise against taking ginseng if you have fever, a cold or flu. On the other hand, ginseng is recommended for supporting recovery after illnesses.

May reduce the effect of Warfarin (an anticoagulant).