Cardiovascular health
Coenzyme Q10 helps prevent many cardiovascular problems and it can also bring significant improvement in the case of existing diseases.
Antioxidant and immune-boosting properties
Q10 is a powerful antioxidant, especially in the mitochondria. It also supports the functions of the immune cells, as these require a lot of energy.
Potential energy and performance booster
By taking part in the energy production processes of the cells, coenzyme Q10 can enhance performance and facilitate recovery.
May slow down aging
From the age of 40, the body cannot produce enough coenzyme Q10. In this case, you can slow down aging by taking it from external sources. 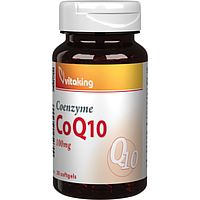 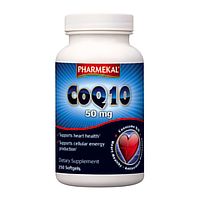 Coenzyme Q10 resembles a vitamin but, unlike vitamins, the body can produce it. It is also known as ubiquinone, as it is ubiquitous in living organisms from bacteria to the cells of most plants and animals. This substance is attached to enzymes (-> coenzyme) and is an essential component of the mitochondrion, the energy center in each cell. It is primarily a catalyst in metabolism (the process of converting food into energy in the body). Coenzyme Q10 takes part in the production of ATP, a substance which provides energy for all bodily functions.

In the past few years, we could hear about several perceived or real positive effects of coenzyme Q10. Proven positive effects include antioxidant properties; it protects against or helps cure certain types of heart failure; protects the nerves and supports the immune system; boosts energy levels in the event of nervous or cardiovascular problems or low serum Q10 levels; plus, it can help stabilize the blood sugar levels of diabetics. Further positive effects (although less supported by evidence): it can be useful in the treatment of diseases of the gum and teeth; boosts sports performance and aids weight loss.

Coenzyme Q10 is a powerful antioxidant, which means, it can help neutralize free radicals, and as such, it can play a role in the prevention of cancer and heart attack. Furthermore, it can be particularly beneficial in the case of cardiovascular diseases for other reasons. It is proven that it plays a positive role in the prevention of heart attack and in the treatment of heart failure, heart weakness, cardiac arrhythmia, pain from angina or high blood pressure. One reason for that can be that coenzyme Q10 can be found in particularly large amounts in the energy-consuming cells of the heart, while it was found that in sufferers of heart diseases, the level of Q10 is much lower than it should be. A lot of serious experiments have been conducted on this matter, all of which have shown: coenzyme Q10 is a safe and effective way of complementing (NOT substituting!) medical therapy. Furthermore, it also helps the prevention and treatment of cardiovascular diseases by inhibiting the oxidation of LDL cholesterol (as an antioxidant), a substance which is supposed to play a role in the development of arteriosclerosis. It is important to mention that it can also be used in the treatment of poor oxygen usage caused by heart failure. Many physicians say that everyone should take it on an ongoing basis above the age of 40, because this is the point when the body’s ability to produce sufficient amounts starts to decline. In Japan it is among the 6 most popular medicines.

Because of its immune-boosting and antioxidant properties, it is also recommended for cancer prevention and treatment, even though only a few studies have been conducted on this matter so far, and with low volumes. One of these studies have shown that coenzyme Q10 had a detectably positive impact in the treatment of breast cancer. One thing is for sure: it is strongly recommended if you are on chemotherapy, as these medications (e.g. Adriamycin) often have a toxic side effect on the heart. Q10 can also be particularly effective in the treatment of sensory muscle weakness or fatigue. In such disorders, scientists have also found particularly low Q10 levels. Furthermore, it can slow down the development of Alzheimer’s disease or Parkinson’s disease.

The most important aspect for bodybuilders is the performance-boosting properties of Q10. As we have already mentioned, coenzyme Q10 is essential in the energy generating processes of the body. Therefore, studies were conducted to find out whether it enhances sports performance or boosts energy levels. Many studies have been conducted, with quite diverse results. By performance they generally meant aerobic performance, maximum aerobic capacity, oxygen uptake, changes in pulse and mental capacity. It was proven by several studies that coenzyme Q10 supplementation is effective in the case of fatigue or muscle weakness (myasthenia) resulting from neurological disorders. In a synthesis report we can read that 11 serious studies were conducted involving athletes, 6 of which found Q10 effective, while 5 found it ineffective. Indeed, about 50% of studies reported that Q10 had a positive effect on sports performance. Two studies were conducted on cyclists and triathletes, to examine the performance-boosting properties of Q10, both of which ended with a negative result. A third study was conducted on amateur cyclists and found that although Q10 didn’t enhance the performance of the subjects, it did enhance their mental capacity. This means, the group that took Q10 endured the load better mentally, than the control group. On the other hand, another study which was conducted on skiers, found significant improvement in performance and shorter recovery time. The subjects of another study were young people who did no sports and had sedentary jobs. Still Q10 supplementation brought remarkable improvement in their performance. To sum it up, we can say that Q10 is more likely to boost performance of individuals of a poorer physical condition, or those with low serum Q10 levels. Instead of direct performance boost, it often gives a feeling of energy, diminishes fatigue or maybe shortens recovery time. A study which was conducted on pigs found that animals treated with coenzyme Q10 recovered faster from muscle injuries. (A muscle was cut through.) We can read it in several sources that it supports the recovery of muscles after exertion, but this is not fully proven yet. Bill Phillips goes as far that he writes in his book that coenzyme Q10 is not only totally useless but it might even decrease the performance of bodybuilders. Of course he went too far. Although there is some uncertainty regarding this substance, but we know a Hungarian strongman who uses coenzyme Q10 regularly to enhance his performance. The name coenzyme Q10 often comes up in relation to anti-obesity products; but the truth is, there is no convincing proof for such properties. An experiment has shown that Q10 may aid diet, but only if the subjects’ Q10 levels were below normal.

Coenzyme Q10 is a fat-soluble substance. Therefore, it is recommended to take it during or after a meal that contains fats. This counts a lot regarding the absorbed amount. The recommended daily dose is 50-200 mg. In the first few (3-4 or more) weeks it is recommended to take 100 mg a day or more. This time is required to reach maximum serum concentration. After that, 50 mg a day will suffice. Coenzyme Q10 is a long-term supplement. It might even take 2 months before its positive effects kick in.

As we have mentioned, Q10 is present everywhere in nature. However, you often cannot get enough from natural sources, so you might need large doses to enjoy its benefits. It was found that vegetarians have much higher coenzyme Q10 levels; so, eating a lot of vegetables may have a positive impact on the amount of Q10 in the body. However, it can be found in animal food sources in the highest amounts, including sardines, salmon, mackerel, beef heart, beef liver or eggs.

Possible side effects or interactions

Q10 is a safe supplement even in large doses. Extreme doses may cause stomach problems or nausea in exceptional cases.
Since it hasn’t been sufficiently researched yet, it should not be used during pregnancy or lactation.

Statins: Statins, a class of cholesterol-lowering drugs have a negative impact on Q10 levels in the body, so Q10 supplementation is recommended in this case.

Coenzyme Q10 was first discovered by Professor Fredrick L. Crane and colleagues at the University of Wisconsin–Madison Enzyme Institute in 1957. Later, the most important and most reliable experiments were conducted by Dr. Karl Folkers, lecturer at the University of Texas. Today it is widely researched. In Japan it is among the 6 most popular medications.

I’d like to ask if it makes sense to take Q10 before workout. I’ve heard that it can boost energy levels.
To put it simple: No, it doesn’t. This supplement is for long-term use. It is pointless to use it every now and then. 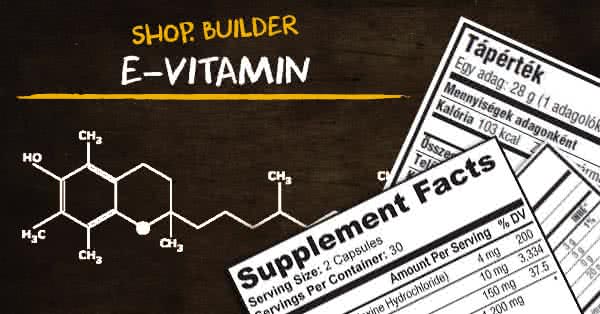 Vitamin E is one of the most potent fat soluble antioxidants. It plays a role in the prevention of several illnesses including heart diseases or cancer. Its eff...
Vitamin C (Ascorbic acid) 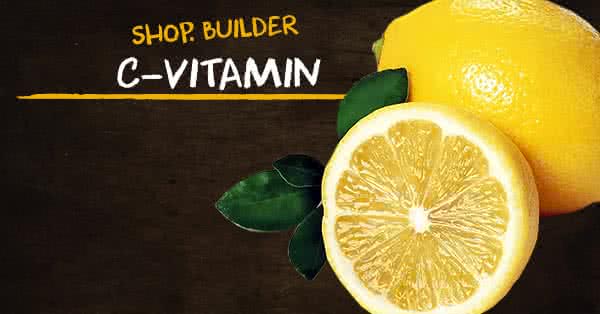 Vitamin C is probably the most widely known and most commonly used vitamin. It is recommended for everyone. And also some stunning effects have been reported la...
Antioxidants 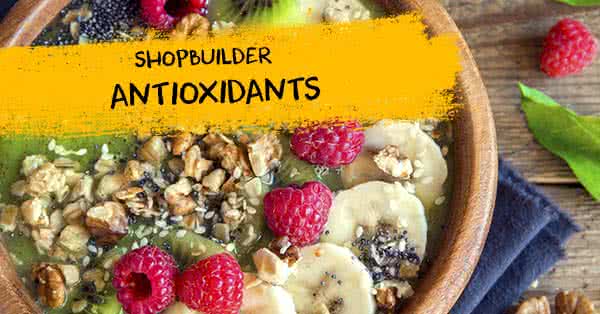 Free radicals, created during nutrition, damage cells in our bodies and has a critical role in severe illnesses such as neoplasia. Antioxidants are in use nowad...