Soy, as a vegetable alternative to animal protein sources is an almost complete protein source. It is low on fat and carbohydrate, while some of its properties make it particularly attractive for women or those on low-calorie diets. However, this doesn’t mean you should forget about your whey protein or casein. But you might consider making soy protein part of your diet. Believe it or not, soy contains more protein than meat, eggs or fish, along with other essential nutrients like calcium, iron, potassium, vitamin E or fiber. 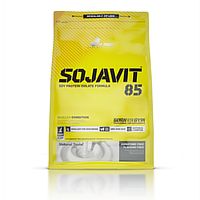 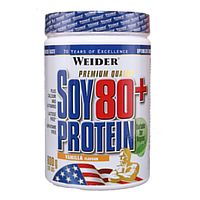 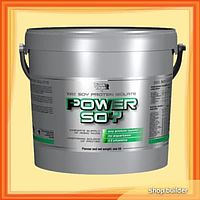 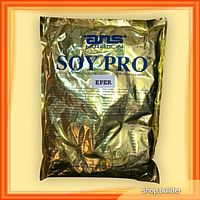 Where you can find soy protein

In general, soy can be added to soups, sauces or dressings. It can be baked, fried or mixed into other foods to boost their protein content.

In powder format, it is often added to drinks, burgers, soy noodles or even ordinary noodles.

Its impact on improving performance

Why athletes use soy protein

Its high BCAA (branched-chain amino acid), glutamine and arginine content made it popular among sport fanatics and dieters, since it does not only promote muscle gains and recovery but boosts metabolism and fat loss, too. Research involving both male and female athletes has shown that soy can support muscle gains and boost performance, while reducing body fat at the same time.

How it enhances muscle gains and recovery:

How it promotes fat loss:

How it promotes longevity

Based on studies, soy protein may be useful in the treatment of the following symptoms:

Although soy was the first protein powder available as a supplement, it was considered an “inferior protein source” for decades, because it was not considered whole (compared to animal based proteins). Today – thanks to science – we have a somewhat more sophisticated view on this matter. It is actually a good, almost complete protein source. It is low on calories and fat, while some of its benefits make it particularly attractive for women or those on low-calorie diets. Furthermore – believe it or not – soy contains more useful protein than meat, eggs or fish, along with other essential nutrients like calcium, iron, potassium, vitamin E or fiber. Based on the Protein Digestibility Corrected Amino Acid Score (PDCAAS – a WHO method), soy received a maximum score out of several scores, which means, it can be considered a whole food.

A good choice for athletes?

A study involving both male and female athletes has shown that soy can help prevent muscle catabolism and boost performance while reducing body fat – the latter may be a result of the stimulating effect on hormone production and metabolism.

Some research has shown another unique result: soy can support or even rev up metabolism, even when the total calorie intake is lowered. And this is good news for those who aim for a “target weight” (which is lower than their present bodyweight, of course :)). As you might have experienced it, when you reduce calories, your body switches to starvation mode. As a result, your body produces less thyroid hormones. But, if you provide your system the phytochemicals (from soy protein) it apparently needs for thyroid hormone production, your metabolic rate will remain steady, so you can keep on burning calories as fuel just as before.

Of course we do not recommend that you switch to soy completely and give up all the other protein sources like whey or casein, which have already proven anabolic effects. However, it can be beneficial if you keep a balance of different protein types in your diet. Or, you should at least try to make sure about one-third of your daily protein intake comes from soy.

Its isoflavones, especially daidzein make soy particularly beneficial for active women. These estrogen-like compounds are particularly useful for women at menopause: they diminish the most common symptoms like hot flashes, irritability or discomfort. It can also be useful for women who – based on their doctor’s recommendation – need an alternative to traditional estrogen supplementation.

It is important to know for both men and women that soy promotes calcium retention, thus it can help preserve bone strength and prevent osteoporosis.

For the time being, there are no official results on the anti-cancer or potential anti-carcinogenic properties of soy. But there are studies in progress. Soy provides your body 3 potential anti-cancer compounds: the powerful antioxidant phytic acid, protease inhibitors, which block enzymes that lead to cancer, and isoflavones like genistein or daidzein (we have mentioned above), which act against estrogen and minimize its harmful effects. Research has shown that soy can be particularly effective for people exposed to the risk of hormone-related cancer types like breast or prostate cancer.

Although the exact mechanism is not known yet, it is a well-known fact that soy can effectively lower cholesterol levels. Some studies have shown that soy consumption may lower the total cholesterol level by 23 mg/dl. This can significantly reduce the risk of related diseases including heart attack or stroke.

Actually, scientists are so positive about this that the FDA (Food and Drug Administration) approved that the following sentence should be displayed on products on which the recommended dosage of soy protein appears (4 portions a day, 6,25 g each): “25 grams of soy protein a day, as part of a diet low in saturated fat and cholesterol, may reduce the risk of heart disease. A serving of (name of food) provides ____ grams of soy protein.”

While research keeps on producing results on the usage of soy as a vegetable-based protein alternative, potential anti-cancer or anti-heart-disease remedy or antioxidant, there are further scientific debates going on, on other potential uses of these little beans. One thing is for sure: more and more researchers and scientists recommend that we should make soy part of our everyday protein intake for our present and future health.

The necessary daily amount of isoflavones in soy proteins is between 50 and 100 mg.

Soy protein can be consumed at any time of the day to enhance protein intake. It is a common ingredient in protein powders, shakes or MRPs.


Related articles
You eat it, you drink it... but will you build muscle from it? 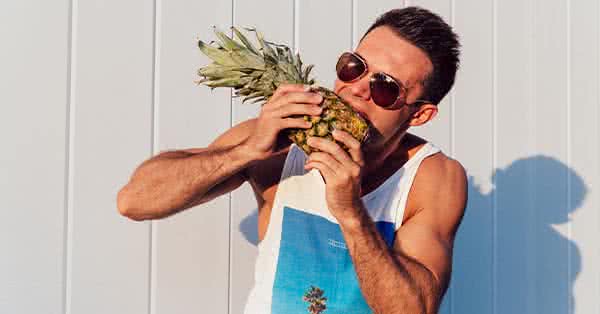 Drinking a protein shake is the simplest way to add that extra amount of protein to your diet. But can you actually count all of the protein that you think you ...