The eternal question: how much weight should you lift to get the most muscle?

How should you increase your muscle mass? Some say heavy weights and low reps are needed for optimal muscle growth, while others believe that's only for powerlifters. But who is right? Let's talk about this topic.

First of all, let's clarify a very important question:

What exactly do we call "heavy weight"?

A hundred kilograms? Not necessarily. Ten kilograms? Could be. Or somewhere between the middle, like 55 kgs? Could still be possible. One thing's for sure: the definition of heavy weight is relative.

What we call "heavy weight" depends on what exercise we are talking about for instance. People can easily leg press with 200 kilograms, but nobody can do a triceps kickback with that weight on Earth with good form. It also depends on one's unique performance capabilities. With one exception (twins), everybody is different. We all react to weightlifting in a different way, we are not equally strong, and a weight that caused you problems 3 years ago, could be light weight by now. 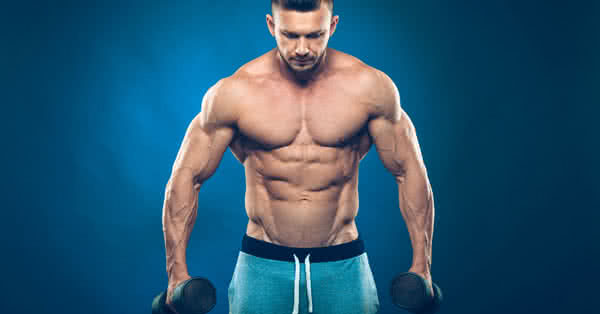 Bodybuilders usually work with 6 to 20 reps and they use 3 to 6 sets. Everything that is different from should be considered an extremity. When it comes to lifting heavy weights, it means lower rep range and lower sets, and working out with medium weights means higher reps and sets, but not extremities.

The question of the article is how to effectively build muscle not how to get stronger. We will be stronger if we push ourselves to work with heavier and heavier weights, but more power doesn't necessarily mean bigger muscles1 . For example, Phil Heath is weaker than Eddie Hall, but he is much more muscular. Why? It's easy: because the current Mr Olympia works with more reps and lighter weights.

If you wish to have bigger muscles, you must pick one (target) muscle group, an exercise that stimulates them and you should avoid the involvement of other muscle groups in the movement at all costs. In other words, you must train with good form. Do not swing, do not cheat (of course there are cheat reps, but that is an advanced technique) like beginners do in order to use heavier weights. It won't build more muscle if you cannot feel the muscle working and you don't get the pump. It can improve your performance but that is not the goal here.

For example, if you train your back, it's easy to use the strength of your biceps, and that will lead to an ineffective back workout. Your biceps will grow, and your back will remain almost the same.

Something to think about: you should always aim for lifting heavier and heavier weights, but only while they don't affect the good form. Always push yourself beyond your limits.

Medium or heavy weights? Let's see what science have to say!

A little over 3 years ago2 some researchers gathered 49 male volunteers with 4 years of workout experience on average. These men had to do whole body workouts for as much as 12 weeks. They were divided into two groups:

Every member of both groups had to train to failure (until they were unable to lift the weight at the end of the workout/set). When the time was up, researchers have examined them with modern equipment, and they found that neither group members increased their muscle mass greater than the other. In other words, neither workout style (heavy vs. medium) was better than the other.

The researchers came to the following conclusion: as long as we train to failure, it doesn't matter how heavy the weight is and how many reps we crank out, our muscle mass will eventually be increased (with the aid of quality nutrition and rest of course). That means working out with heavy and medium weights are both effective as long as the workout is hard for you. But that is not the end of the story just yet. 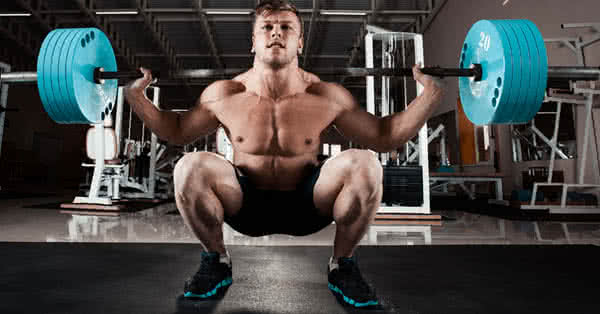 If the muscle fibres suffer mechanical micro damage from weight training, they have to regenerate themselves. If this process is over, the muscle will be slightly bigger and stronger than it was before. This can be achieved with 3 basic bodybuilding tactics:

The key to development is doing things your body is not used to. Muscles adapt to changes very quickly and effectively. Did you try another sport in the past with your friend and had a very intense muscle soreness the day after? I bet you did. That happened is because that sport was different, not because that particular sport was that much harder.

So how should you train for maximal muscle growth?

The point can be described with just 3 very short words: diversely, to failure. With moderate (medium) weights and with heavy weights too sometimes. You should not vary things from workout to workout, give it time to have an effect on your body (approx. 1-4 months), and if you feel that you've adapted to the new workout style, it's time for a change again.

Muscle growth is never a matter of just one thing. It depends on genetics, quality and quantity of food, the quality of sleep, hydration, age, gender, number of reps, the rest between sets, muscle memory, etc. These things all have a huge role in how much muscle you can build.

Train to failure at every workout (not at every set of course), aim for a great pump and muscle soreness the next day(s).

Getting muscles ain't easy, we know that by experience. But only a few people know that with the most underrated area of bodybuilding and fi...
Overtraining? WTF?

Perhaps many of you are familiar with this scenario: you work your guts out in the gym; you spend a lot of time working out and never skip a...
Workout as a therapy

There can be certain situations in life when working out is supposed to be the last thing on your mind. However, if you want it to be, worko...
Phil Heath Mr. Olympia workout and meal plan

Phil Heath won the Mr. Olympia in 2011, defeating his former mentor Jay Cutler. But what kind of dietary and training regimen did the youn...
Protect your joints – here's how!

WHEN IT COMES TO SUPPLEMENTATION, THE FIRST THING COMES TO EVERYBODY'S MIND IS PROTEIN POWDER, BECAUSE PROTEIN IS THE NUMBER ONE THING OUR M...
Brutal Branch Warren leg workout

A champion can always say something new. You can always learn some new tricks you can incorporate in your training program. Some of these mi...