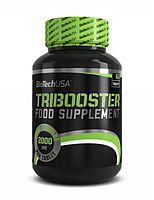 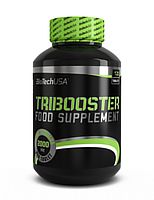 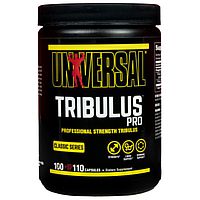 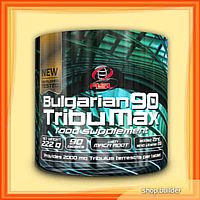 Tribulus is a herb with a potential prosexual effect that has largely contributed to its popularity - it means it increases the sexual performance of men and stimulates the libido in both sexes. Recently it has joined the ranks of performance enhancers, since it increases natural testosterone levels and, hence, it is becoming increasingly popular among athletes, weight lifters and older people.

This herb is native to tropical regions of the temperate zone.

Its impact on improving performance

Why athletes use Tribulus terrestris

Tribulus became popular among athletes after steroids became illegal in Olympic and international competitions, so testosterone levels had to be increased without artificially stimulating hormone levels. As soon as information about tribulus and its effects leaked out, it was immediately spread. Although the studies on its “muscle and strength increasing effect” are progressing slowly, tribulus is still considered to increase testosterone levels indirectly; it results in lean muscle mass gain and as such it keeps this herb in the forefront of supplements used by athletes.

How does it enhance muscle mass gain and regeneration?

How does it contribute to long life?

There are no known deficiency symptoms.

Based on studies, Tribulus terrestris may be useful in the treatment of the following symptoms:

Tribulus terrestris was not really known in the Western Hemisphere until recently when it has emerged as the “secret weapon” of eastern athletes. It was used as a “prosexual” ingredient for medical purposes over the centuries to treat impotence, and in Ayurvedic, ancient Greek and Chinese medicine as an elixir of youth drug, though mainly for its diuretic properties.

Although the research in this field is quite meagre, its has not lost its popularity among strength athletes and body builders to increase testosterone levels in a natural way.

Unfortunately, the natural aging process has a negative impact on sexual performance and libido after 40 and it induces numerous physiological changes in our body. The functions of the body slow down and it produces lower levels of hormones, which results in a significant decrease in testosterone levels - this hormone influences the sexual activity of men and women.

Tribulus has a significant effect on sexual function; clinical trials have clearly demonstrated its influence on increasing the libido and stimulating sexual activity, thereby increasing sexual performance in both men and women. The truth is that this herb has been used to increase sexual performance for centuries and studies showed that it diminishes the incidence of sterility in women and impotence in men, as well as the incidence of decreased libido in both sexes. A study has demonstrated an increase in testosterone levels and a 71% increase in libido and sexual reflexes when libido was lost previously.

The lack of side effects after the artificial stimulation of sexual hormones (e.g. following the use of anabolic steroids) was also significant According to some researchers, the use of tribulus is more promising since it maintains the balance of hormone levels.

Although the previous studies were limited to animals, a few scientists have performed clinical trials; based on these trials, tribulus decreases cholesterol levels and supports liver function, urine secretion and the cardiovascular system; it even improves one’s mood. In one of the most recent studies (it was performed by Indian researchers in 1993), a 45% general mood enhancement was shown in those who had lost their general interest in everyday life and experienced fatigue.

Another potential benefit: as a mild diuretic, it increases the excretion of water from our body. It has been used for this purpose for centuries, since it is able to “clear” our body or to make it younger; it is safe and effective at the same time.

What is the truth?

Although the anecdotes on the effects of this herb on testosterone production were really positive, research has not yet confirmed this position. This does not mean that we should overlook its impact on sexual life, impotence and sterility in men, and on the libido in both sexes. These facts make it clear that this herb has a beneficial effect in “married life” - it increases sexual desire in both men and women.

Some researchers suggest 250-750 mg (standardised to 40% furostanol saponin) tribulus, while others suggest a higher dose of 750-1250 mg/day. Although the level of “optimal” use is not fully clarified, according to evidence a daily intake of 750 mg may have a beneficial effect.

Tribulus should be taken with meals in several doses a day.

Researchers suggest the use of tribulus in a cycle. A typical cycle is 6-8 weeks of use with a 2-4 week interval between them.

According to some researchers, DHEA and an androstenedione-type supplement may significantly increase its testosterone booster effect. Don’t forget that these are hormone precursors and they have a direct effect on testosterone levels, while tribulus has an indirect effect and therefore it has less side effects - if any.

Some researchers suggest that tribulus should be taken after an androstenedione-type supplement to restore weak libido and the natural testosterone production of the body; they were weakened due to the use of androgen products.

Tribulus terrestris is not recommended during pregnancy and lactation.

Men with enlarged prostate should not take any testosterone booster products.

Some people reported stomach problems when they took it.

Undocumented. Some contamination has been detected in certain cheaper products: it got into them during production accidentally or intentionally, which theoretically may have led to doping rule violations. On the other hand, if in-vitro study results are true then tribulus may influence hormone levels; however, no studies of whether this change is able to alter the hormone ratio (where appropriate) to place the user under the suspicion of doping rule violation are known of. If your ambition is 101% security then don’t force tribulus products during competitions.