Sad as it might be, if you engage yourself in intense workouts, joint pain is probably not unknown to you. Sooner or later, it will inescapably catch us all and stick to us, even though we would love to let it go, wouldn’t we? But here is a natural treatment, which has already been proven effective.

Turmeric and ginger - these herbs are most commonly known as exotic spices from the Far East. But their powers reach well beyond making our food more delicious. 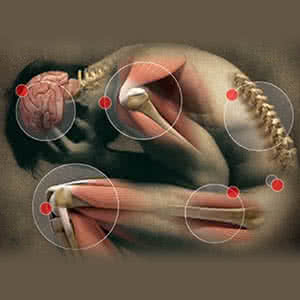 Sadly, our favorite sport is not joint-friendly at all. To build big muscles you need to lift big weights. This overloads your joints and sooner or later you will most likely develop some kind of pain at some part of your body. If you have escaped pain, injury or inflammation so far, despite many years of training behind you, you are extremely lucky. Most of the time, people try to solve this problem by trying different ointments or medications; or they see the doctor, who will then forward them to different examinations or prescribe preparations that might not only be useless, but they may cause more harm than good (e.g. steroid injections or pills).

If you have been into this sport for quite a long time, you know that the smartest thing you can do in this case is take a break from training. “No Pain, No Gain” does not apply to joint pain. This will facilitate recovery, but it rarely solves the problem in itself. And even if it does, it takes too long.

Joint support supplements can also help a lot. They are getting more and more popular and the range of available products is constantly increasing. Their main ingredients e.g. Glucosamine, Chondrotin, MSM or Collagen all support recovery. But you should know that these products should be taken in high doses and, due to the poor blood supply of the joints and cartilages, for quite a long time (several months) to achieve significant results. Moreover, the formation of cartilages slows down a great deal with age. So if you are past 30-35 years, conservation of your present condition is the most you can expect from them.

But the power of nature can help us now, as it does in many cases.

Curcumin (the active ingredient of turmeric) and ginger together can bring such a great relief for joint pain that it even surprised me.

After last year’s season, an inflammation process started in my body. It attacked my joints one by one, making workout impossible. Moreover, I could hardly walk at a point. I was suffering a lot. I seeked medical assistance from doctors as well as naturopathic practitioners, but neither therapy nor “magic potions” could help me. There were only two non-steroid anti-inflammation drugs that could make my life somewhat more liveable. But I knew that in the long run, these could ruin my stomach and gut flora, so I wanted to quit taking them as soon as possible. But I couldn’t, because as soon as I did, pain and inflammation returned immediately. Then, one day I came across an article I had saved on my computer some time ago. It was in English and it was about the anti-inflammation effects of turmeric. I decided to give it try, as I have always preferred natural treatments to chemicals. The change was incredible. I got much better after three days, and the chronic pain did not return even after I reduced, and then completely stopped taking medicines. I could finally return to the gym after a 4-month break, and within a few weeks I could work out as before.

Many questions are being posted to shop.builder related to inflammation and joint pain. I have already recommended this natural combination to some folks. And now the time has come to share the “secret recipe” with the general public in this article :-)

Musculoskeletal disorders make up a great part of doctor’s visits in Hungary. The “leader of the pack” is rheumatoid arthritis. This is a chronic inflammatory disorder that might affect one or more joints. The cause of RA is not completely understood. It is believed that genetic factors play a role.

Rheumatoid Arthritis is a chronic, systemic inflammatory disorder that primarily affects joints. The capsule around the joint (synovium) gets thicker, which will hinder the joint in fulfilling its normal function. The cartilage is gradually destroyed, because the system “mistakes” parts of its own connective tissues for foreign bodies. The immune system will attack them, which will result in inflammation. 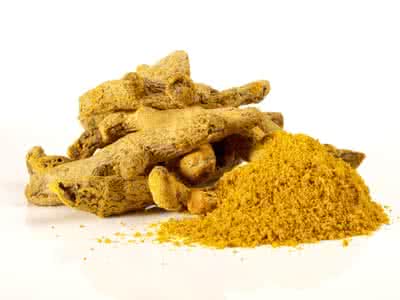 This herb definitely deserves first place on the list. In the Far East, especially in India, it has been well-known for its therapeutic qualities for many thousand years, so it is a key part of medicine over there. And modern studies have proven its effectiveness beyond doubt. In groups of patients treated with curcumin, the symptoms of inflammation reduced significantly better than in any other control group receiving other medication or therapy. Inflammation was apparently reduced (which was shown by the relevant indicators in the complete blood counts); cartilage destruction was also reduced, in some cases it even ceased completely. It is believed that curcumin can block inflammation processes by blocking the production of proteins which cause the pain and self-destruction. It is already proven that of more than 700 genes curcumin can affect them positively and thus put an end to the production of the enzimes COX2 and 5-LOX, the two most common agents triggering inflammation processes.

Plus, please let me highlight that this wonderful herb has several further therapeutic qualities as well: cancer prevention may be the most important one, as it prevents cancer cell proliferation as well as the malignant degeneration process of the cells. Furthermore, it aids the body in destroying existing malignant tumor cells. Curcumin is being applied at several naturopathic medicine clinics in Western Europe to treat cancer, jointly with high doses (20-25g/day!!!) of vitamin C. And this is still not everything: It also possesses powers to aid and recover the liver; it destroys several kinds of viruses, bacteria or fungi; it is successfully used to treat Alzheimer’s disease; and it can help prevent arteriosclerosis and thrombosis. 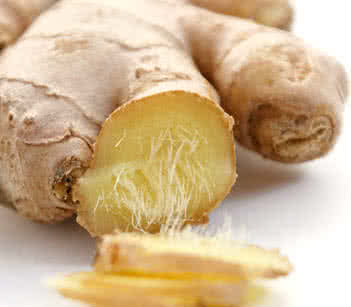 This herb is also known primarily from the kitchen. But in Asia, it is also being used in medicine for a long-long time. It is quite well known for helping digestion. But beyond that, it can also stimulate appetite, lower blood-pressure, prevent thrombosis, minimize the risk of stroke or cure a cold. But what is of highest relevance for us now is that it also significantly reduces inflammation in the body, and it is an excellent painkiller as well.

It contains bromelain. This ingredient helps the body break down fibrin, which can cause various types of gout. For us bodybuilders, bromelain has additional benefits, as it prevents swelling and muscle pain and supports protein digestion in the stomach, so the body will absorb protein supplements better.

You have probably thought so far, that this herb can only make your pizza taste better. But that’s not all: this herb is a potent antioxidant; it prevents the formation of free radicals, which is important because inflammation processes are always accompanied by increased amonts of free radicals. And now please allow me to share with you a cooking hint. 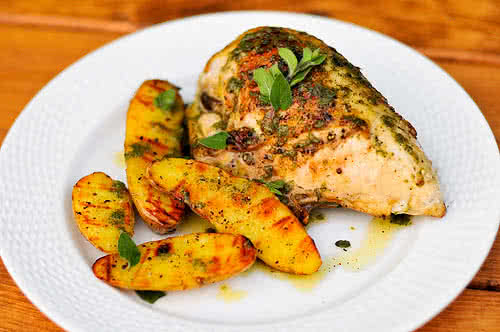 Chicken breast makes up a main pillar of our nutrition. And we mostly fry or grill it. And frying actually triggers oxidative processes in the structure of the meat, which can be blamed to a great extent for the formation of cancer cells. Fortunately, there is a great way to significantly reduce this risk by using oregano, garlic, rosemary, clove, black pepper or red pepper (paprika). Experiments have shown that if you let chicken breast (or any other kind of meat) soak in a rich oily marinade of the above spices for at least 2 hours before cooking, the number of degenerated cells will reduce by 70 to 80% compared to ordinary cooking techniques (of course you can add salt or other herbs, but be careful with seasonings containing artificial additives). Not mentioning the fact that marinating will make the meat softer and tastier.

Celery (either raw or cooked) is another powerful herb to cure RA. Experiments have found 25 anti-inflammation agents in it. It was already known in the time of our great-grandparents, and not without reason.

It has become quite popular in the media nowadays, as it was revealed that it can support weight loss diets (it contains glabridin, a flavonoid that optimizes fat burn and prevents fat storage). But apart from this, it possesses powerful anti-inflammation capacities as well.

It contains salicin, which is the natural equivalent of aspirin. The tea made of willow-bark has the same painkiller and anti-inflammatory qualities as aspirin.

And I could go on mentioning a lot of herbs with proven anti-inflammatory effects (e.g. yucca, cayenne pepper, red pepper [paprika], mustard-seed or basil). But I’m pretty sure those of you guys suffering from joint pain have already picked at least one herb for yourself if you have read this article so far.

And finally, let’s see the combo I have used with great success and recommended to some of my friends, too, who have also applied it with good results.

My supplement plan was based on 3 pillars:

I took these by the below protocol: 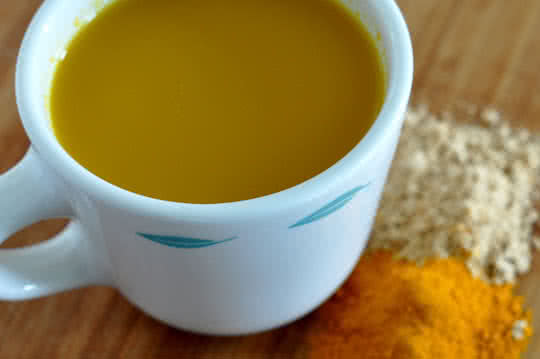 Both could be ingested in the form of a tea, but as for myself, I gave up after the first attempt because I could hardly choke down a glass of this yellow turmeric tea (even though I am not a squeamish fellow; normally I have no problem ingesting any kind of supplement). So I prefer a solution which might sound austere, but it is quick and easy: Scoop them into your mouth one by one and swallow with a mouthful of water (from a glass prepared in advance), after briefly rinsing in your mouth. Then drink the rest of the water to get rid of the aftertaste. Of course it won’t be one of your best gastronomic experiences, but remember: “No pain, no gain!” Although I haven’t tried it, fruit juice might do as well. But please keep in mind that it should not be orange juice as its acids may neutralize the agents of the herbs.

And don’t forget to repeat this procedure before 2 more meals during the day (early afternoon and evening). That is 3 times in 24 hours. You will grow familiar with this strange and scratchy taste in a few days, especially when the positive results start to kick in.

Furthermore, I also took 2000 mg of EPA/DHA from fish oil capsules. I broke down the dosage to 3 portions during the day. This makes about 7 capsules, depending on the product. You should check the ingredients and adapt the dosage accordingly, if required. I took the capsules as follows: 3 gel capsules after breakfast, 2 gel capsules after lunch and 2 more after dinner. Each shot accompanied by 1000 IU of vitamin D.

That’s all. It will not save the world, but I hope it will be useful to others as well. I’m still using all of these 3 supplements, although in cycles now (I take them for 3 months, followed by a 1-month break). And joint pain is still avoiding me now, even though my body fat is around 5-6%.

P. S.: To avoid hassle, please be aware that turmeric has very strong yellow pigments and it tends to color various surfaces. So be careful with it, and if you accidentally spill some powder, wipe it off immediately with a wet sponge.